Swim BC is the Provincial Sport Organization and governing body for competitive swimming in British Columbia. Including over 100 clubs and four university teams, competitive swimmers can be found in every region of the province and collectively boast over 12,000  individual members (swimmers, coaches, club board members, and officials).

Swim BC is driven by its vision, striving to develop, deliver, and promote a variety of services and programs aimed at enhancing all swimmers’ experience of competitive swimming in the province. Our organization exists to ensure that every swimmer has access to coaching, training opportunities, competition, and above all, a safe and fun swimming environment.

SWIM BC CONSTITUTION AND BYLAWS

Swim BC presents our annual awards at the BC Swimming Congress Awards Banquet. Due to COVID-19, the 2019-2020 awards will be awarded virtually. Swim BC took the opportunity to make much needed revisions to the organizations awards system, realigning to add more swimmer categories and generate quantifiable criteria. You can find our current awards criteria below.

The Swim BC President’s Award is awarded to a long serving individual within the BC Swimming Community who has had a significant and lasting impact on the direction of the sport. This year’s winner is Jeannie Lo from Canadian Dolphins Swim Club. Swim BC profoundly values the strength of our club system. It is volunteers such as Jeannie that provide the leadership and untold hours of volunteerism that move our sport forward. The work she has done to not only advance your clubs “Return to Swimming” opportunities to gain access to the Vancouver Aquatic Centre in the face of challenging conditions, but to have also represented all clubs that access pool time at the VAC, has provided a strong voice for our sport. We cannot thank Jeannie enough for her service to BC swimming.

Swim BC Club of the Year – Hyack Swim Club

The Hyack Swim Club has a rich legacy of performance, since their inception in 1973 through to and including this past 2019-2020 season. They demonstrate strong governance; have a highly qualified and fully registered coaching staff; they rank at the top of the province in combined club FINA points; combined Provincial Champ scoring; total number of National qualifiers; number of registered officials; have demonstrated a positive swimmer registration and retention trend; and fully participated in all Swim BC Provincial Championship meets.  Swim BC congratulates the Hyack Board of Directors, coaching staff, swimmers and parents on being named the Swim BC Club of the Year for 2019 -2020.

Peter Huang swims for the Hyack Swim Club. At Winter Provincials in Victoria, he broke the National Record in the Long Course Men’s 13-14 400m Free. During the 2019-2020 season, he also broke 8 Provincial Records. Peter is extremely hard working and dedicated to our sport. Swim BC would like to recognize his accomplishments and commend him for representing BC Swimming Excellence.

Bailey Herbert swims for the Langley Olympians. She is the winner of the 15 & Over Aggregate Award at BC Winter Provincial Championships. She also was a member of the BC Provincial Team which travelled to Luxembourg and swam in the 200m IM Final. We cannot commend Bailey enough for the representation of your club and your province in swimming excellence.

Cameron Chambers swims for Kelowna Aquajets. During Provincial Championships, he scored 4033 Canadian Para Points from all Para events swam. Cameron is a hard-working athlete and Swim BC commends him for representing BC Swimming Excellence. 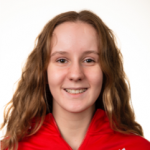 Arianna Hunsicker swims for Surrey Knights Swim Club. She is an accomplished swimmer and has been an excellent representation of BC Swimming Excellence. Arianna scored 3379 Canadian Para Points from the events she swam at BC Provincial Championships. Swim BC would like to acknowledge Arianna’s hard work.

Brian Metcalfe is the Head Coach of the Langley Olympians Swim Club and the first recipient of this new Swim BC award. A highly respected coach in the BC and Canadian swimming community, Brian has many years of coaching experience and education. Selected as the Head Coach for the BC Provincial “ID” team for 2019-20, the program featured two training camps and an in-season travel experience to the Euro 2020 competition in Luxemburg. During the 2019-2020 season, Brian coached several Langley Olympians who were selected as targeted athletes and provincial team members and coached one swimmer to a provincial record. Brian is a major asset to the BC Swimming community and this award reflects that status.

Carmen Massey is currently in her second term as the President of the Columbia Shuswap Selkirks Swim Club’s. Her contribution to the fabric of BC swimming through her selfless efforts with the Selkirks has been significant. During her time as president, Carmen has initiated a focus on Board governance and fiduciary responsibilities. She has liaised with other clubs in the community to enhance opportunities and share resources, contributing to club membership growth of 40% prior to COVID.  Balancing a full career, post-secondary education and family, Carmen has managed to carve out time to build a board culture that focuses on strategies and tasks, ensuring the club is sustainable through growth and accessibility. Swim BC profoundly values the strength of volunteers such as Carmen, providing selfless leadership and untold hours of volunteerism in moving our sport forward.

Official of the Year – Piero Porreca

Piero Porreca is a highly accomplished level 5 official who provides selfless leadership to the Swim BC officiating fraternity and swimming community.  Piero is currently a Regional Officials Director in the Lower Mainland, a challenging role requiring liaison with Club Officials Directors, leading certification clinics, along with the provision of officiating services for many clubs. Piero also sits on the Swim BC Officials Committee, the key leadership group for BC swimming officials.  As a very active BC Swimming community member, he has contributed a remarkable number of hours of volunteerism and leadership. His selflessness benefits thousands of youth in achieving their goals. Piero has contributed to countless competitions, from club time trials to provincial championships. He has been an exceptional mentor for other officials in our community. It goes without saying that officials are profoundly integral to our sport, Swim BC cannot thank Piero enough for his unselfish service.

Senior Swimmer of the Year
• Male and Female awards
• Must have represented a BC club at the Canadian Swimming Trials or highest rated international swimming event (level 1 – Olympics / FINA World Championships / Pan Pacific Champs / Paralympics and World Para Swimming Championships; Level 2 – FISU / Commonwealth Games; Level 3 – Pan American Games / World Junior/Para Pan American Games)
i. Top 8 placing at International competition
ii. If there are no top 8 international placing, the national single designated meet results will be used
• Where a swimmer represents a National Training Centre, the NTC must be in BC and the swimmer’s ‘club of origin’ must have been a BC club
• Priority of award based on placing in an individual event (all contested at events at a World Championships or IPC World Champs are eligible, including Open Water)
• A FINA recognized world record, regardless of competition, will be rated above any placing

Provincial Para-Swimmer of the Year
• Male and Female awards
• Eligibility: registered in and representing a BC club, will have been in the province one complete year before eligible to be considered.
• Average of total SNC Domestic Para Points from all Para events scoring at both BC Provincial Championship Meets
• Tie will be broken by the highest single point scoring swim

Provincial Swimmer of the Year
• Male and Female awards
• Eligibility: registered in and representing a BC club, will have been in the province one complete year before eligible to be considered.
• Performances from individual events only
• The award will be based on the following scoring matrix:
o National age group records (5 points each record)
o Provincial age group records (3 points each record)
o BC Provincial Championships Aggregate Winners (1 point per award)
o Tie breaker – single highest FINA point scoring swim

Master Swimmer of the Year
• Male and Female awards
• Registered master swimmer representing BC club at BC Masters Champs, closest to WR’s (%age)
• Award determined in consultation with MSABC

Official of the Year
• Recognizing an official who has contributed substantially in time, expertise and energy toward officiating and official’s development,
• Recipients will have lent their expertise to a broad range of competitions including club, regional, divisional and provincial championships
• Intimately involved in teaching and mentoring of other officials.
• Continued personal official development through course work or experience
• The award will recognize an individual’s dedication to leadership, contributions to local sport development and promotion of fair play and ethical behaviours in our sport.

Volunteer of the Year
• The recipient will be an individual who has made a significant contribution to the Swim BC Community through commitment, service, creativity, cooperation and leadership in their volunteer role.
• The following areas will be assessed: impact, reach, engagement, challenges, inspiration

President’s Award
• President of Swim BC determined – awarded at their discretion. Intended to recognize a long serving individual within the BC swimming community who has had a significant and lasting impact on the direction of the sport.